Stand Up For Your Rights with a Criminal Lawyer 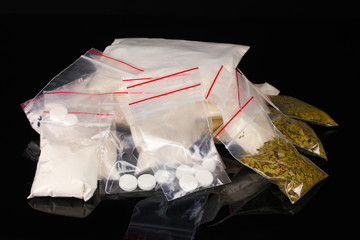 While it is true that in Colorado and Arizona adults 21 or over may legally possess one ounce of marijuana, it is also true that drug possession arrests have not been significantly affected since the law was instituted. Even when consumed personally and recreationally, most people will use more than a single ounce, as this is a very minimal amount. Additionally, most other controlled substances can be subject to harsh penalties for possession, no matter how much is discovered.

Drug crime attorney Cameron C. Secrist and his team at The Law Offices of Cameron C. Secrist have been practicing criminal defense for over 35 years. Throughout their experience, they have learned effective tactics for dismantling the prosecutions’ claims, including a sharp eye for evidence and challenging whether the arresting officer’s search and seizure of illicit substances was even legitimate. Aggressive representation is just a phone call away.

Depending on the circumstances of your arrest, drug possession charges could range from a misdemeanor to a felony. No matter how slight the accusations may seem, it is important to understand that any sort of conviction can carry with it damaging punishments. When you prepare a reliable case with Attorney Cameron C. Secrist, he can help you defend yourself against the high penalties of a drug possession conviction, which may be as severe as:

Repeat offenders or those with prior criminal convictions will face even harsher scrutiny when charged for drug possession. In certain situations, convictions could be escalated to four times the maximum penalty.

Challenge the Allegations with a Drug Crime Attorney

Whether you were arrested with an illegal drug on your person or if it was found in your residence, you have the right to protect yourself against the heavy hand of the law. When you seek the legal counsel of Attorney Cameron C. Secrist, you can rest assured knowing that you have a dependable and committed advocate in your corner. As a former Sheriff’s Posse officer, Mr. Secrist has a unique insight of the laws and litigation in Colorado that very few other attorneys can claim.

Get in touch with us directly and we'll help assist you with all of your Drug Possession needs.

Get in touch with us directly and we’ll help assist you with all of your Drug Possession needs.