Arrested for a Violent Offense? 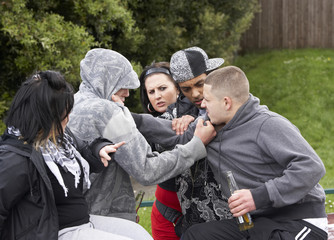 At The Law Offices of Cameron C. Secrist, the criminal defense lawyer understands that violent offenses carry some of the most severe penalties in Colorado, Utah and Arizona State law. Not only will you be facing extensive prison time and high fines if you are convicted, you will also be dealing with unfair social bias just for being accused. You need someone who is willing to stand by your side, no matter the circumstances, and defend your rights from beginning to end. Contact Attorney Cameron C. Secrist today to begin the critically important process of building a solid case.

What constitutes a violent offense crime?

In order for a crime to be considered a violent offense, it usually has to carry with it some identifiable acts of aggression, or the intent to act in such a way. If a weapon is involved in a non-forceful crime, it could also be considered violent. Some of the greatest challenges prosecutors will face is proving that you knew your actions would cause serious physical harm to the alleged victim.

With the help of Cameron C. Secrist, you can obtain seasoned defense from charges involving violent offenses, such as:

Stand with a Law Firm that Respects Your Rights

Regardless of the violent offense you are accused of committing, you will likely be facing felony charges that could ruin the rest of your life. Relying on a state-appointed public defender is far too risky when so much of your future hangs in the balance. If you want a strong chance of success in defending yourself, you will want the help of Cameron C. Secrist.

He and his firm have received numerous accolades and certifications that speak positively on their behalf, including:

The Prosecution Won’t Rest and Neither Should You – Act Now

You don’t have to go into the courtroom unprepared and alone. Violent offenses require the careful attention and handling that only an experienced criminal defense attorney can provide. With such an impressive history of success and an unwavering focus to his clients, Cameron C. Secrist could be the best choice for you. To start your defense off right, contact the firm to schedule a case evaluation with him and his team today.

Get in touch with us directly and we'll help assist you with all of your Violent Offense needs.

Get in touch with us directly and we’ll help assist you with all of your Violent Offense needs.