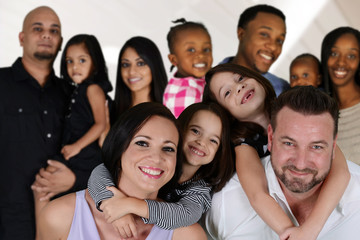 Family law concerns the rights and obligations of spouses, children, and other domestic relations. City, state, and federal laws all can affect families in a variety of ways. According to the U.S. Census, the typical structure of American households has been changing. For instance, from 1970 to 2012, the percentage of households composed of married couples with children under 18 fell by half from 40 percent to only 20 percent of all households.

Unfortunately, many marriages end in separation or divorce. When a couple decides to dissolve a marriage, one of the spouses will petition the court for a divorce. This means that the court can legally end the marriage, divide marital assets between the spouses, grant custody or parenting plans of any children to one or both spouses, and impose child and spousal support obligations, if applicable.

How We Can Help

Before, during, and after a marriage, state (and sometimes federal, and even international) law may affect families. Family law in the United States encompasses the following areas:

Get in touch with us directly and we'll help assist you with all of your Family Law needs.

Get in touch with us directly and we’ll help assist you with all of your Family Law needs.